Finding Immortality: The Making of One American Family

In this lyrical and poignant book, Finding Immortality: The Making of One American Family, award-winning writer Herbert Hadad records the joys and sorrows of parenthood and, in so doing, opens a wide window into family life that is intimate and unmistakably American. The masterful prose of Finding Immortality conveys the true tale of one family confronting and triumphing over real issues, from infidelity and drink to mortality and racism. These universal themes provide a treasury of lessons for parents and all other admirers of fine writing to learn and enjoy.

Herbert Hadad is an award-winning writer and former contributing reporter and essayist for The New York Times. He served as a press officer for the U.S. Department of Justice and teaches writing. He has lectured at universities and appeared at Symphony Space, New York's renowned performance center. He and his wife Evelyn live in Pocantico Hills, New York. They have three children and four grandchildren. 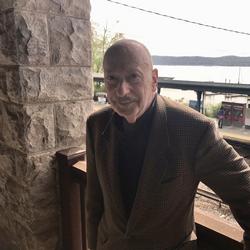 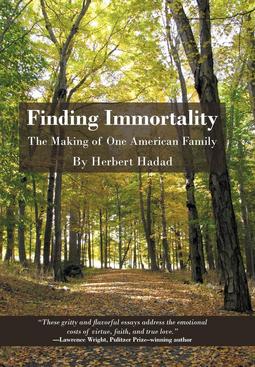